Can you believe that it’s already almost MID October? That’s right, were almost halfway through what I consider the first month of fall. Here in the Midwest, September can still be pretty summary and even October can have some days in the 80s.

But now that it’s October, I think it’s officially slow cooker season. In the colder months, there is nothing quite like cooking one of your favorite recipes all day long or over night and having it ready for dinner.

Now that the slow cooker is back on my countertop for the foreseeable future, I was in need of some inspiration.

I’ve rounded up these 5 slow cooker recipes to get you back into the swing of slow cooking. There is something for everyone here but the great part about slow cooker recipes is that they’re super versatile. If you don’t like an ingredient in one recipe or notice its missing your favorite, just make the change!

If you’re in need of a “stick to your ribs” recipe, pun intended, then you don’t need to look further than these slow cooker short ribs. This hearty dish has short ribs cooking for hours with a combination of fresh vegetables. This dish makes the perfect family dinner and will have your house smelling amazing for the whole time it’s cooking.

It’s never the wrong kind of weather for a burrito bowl. With this slow cooker chicken burrito bowl recipe, you can make an incredible meal for friends and family without a ton of effort. This recipe is also great for meal prepping if you want to make sure you have delicious lunches every day of the week.

There’s nothing quite like a big bowl of chili on a fall afternoon or evening. This recipe combines celery, mushrooms, onions, tomatoes, and corn for a delicious and satisfying bowl of chili without any meat or dairy.

For any pasta lovers in the audience, this one’s for you. This recipe has a minimal amount of ingredients so it’s fairly simple to throw together and you can add chicken breasts to it if you want to add some protein. If it’s cold outside, the cheesey goodness of this recipe will keep you warm.

A slow cooker dessert recipe that’s pumpkin themed? Sounds like the perfect match for fall. With only 6 ingredients, this slow cooker recipe can be put together quickly and is sure to be a crowd pleaser. It’s delicious, gooey, and only takes about 4 hours to cook. That may seem like a long time, but its pretty quick in slow cooker time! 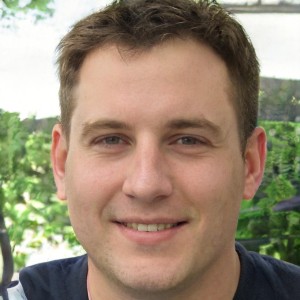 As a home cook, I have found myself overwhelmed with the amount of kitchen gadgets on the market today. I put this site together to help others like me make sense of all the products available and find the right kitchen tools for the job.